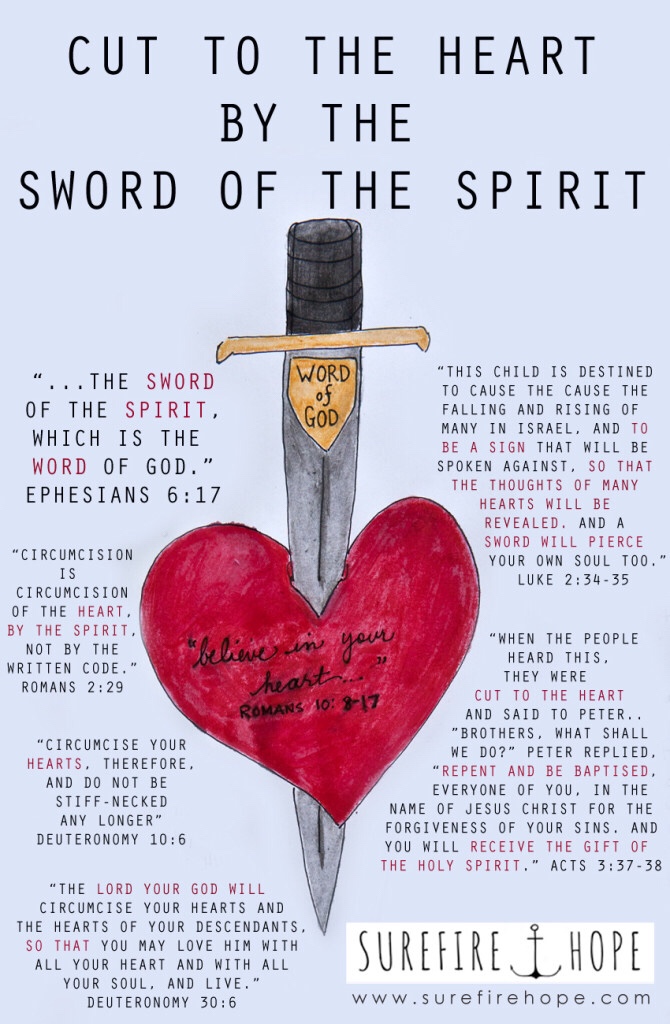 The Jews of the Old Testament put a lot of emphasis on the ritual of circumcision. This physical procedure performed on baby boys was the sign of God’s covenant with them. The surgical cutting was a symbol of God’s favor that went all the way back to the times of Moses and even Abraham. It represented a special promise from God that He would bless His chosen people with land, many descendants, and His very presence. Along with circumcision came the Law, the commandments of God that were given to guide His people in how to live for Him. The Jews had not been left to wander in the darkness of sin like the pagans described in Romans 1. No, the Jews had the Law to show them God’s righteous expectations for their lives. Having both circumcision and the Law were meant to be great blessings for the Jewish people.

But circumcision and the Law were never intended to save people. They were outward things that were meant to show God’s people their need for His mercy and grace. God did not mean for His people to simply go through the motions of keeping many laws and completing many rituals like circumcision without letting those symbols stir their hearts to love and trust in Him. Religion as God designed it is good when it leads us to an inward turning of our souls toward Him. But when it becomes a rote, dead collection of “ought to’s” being done with thoughtless, cold automation, then we have tragically missed the point altogether.

In today’s passage, Paul is pleading with proud religious people to stop putting their spiritual trust in their good works and outward obedience to rituals. Such people boast that they the know much about God and how to follow Him (Romans 2:17-20). Yet they do not even see the deadly problem of sin in their own lives (vv. 21-23). They are quick to judge others and do not even realize that their own sins are dishonoring God’s name among the unchurched community (v. 24). God cares not for the outward actions of religion if a person does not love Him and do His will (vv. 25-27).

What God wants is a circumcision of the heart (vv. 28-29). What He wants to see in us is inner repentance and faith that leads to outward obedience. That is a work that is done by the Holy Spirit who lives inside the born again believer in Jesus Christ. It cannot be done through any amount of human effort. But through faith in Christ, that type of supernatural spiritual change is possible. I pray you experience even now the joy of God’s presence and blessing. May His Spirit cut all our hearts afresh today.

17 Indeed you are called a Jew, and rest on the law, and make your boast in God, 18 and know His will, and approve the things that are excellent, being instructed out of the law, 19 and are confident that you yourself are a guide to the blind, a light to those who are in darkness, 20 an instructor of the foolish, a teacher of babes, having the form of knowledge and truth in the law. 21 You, therefore, who teach another, do you not teach yourself? You who preach that a man should not steal, do you steal? 22 You who say, “Do not commit adultery,” do you commit adultery? You who abhor idols, do you rob temples? 23 You who make your boast in the law, do you dishonor God through breaking the law? 24 For “the name of God is blasphemed among the Gentiles because of you,” as it is written.